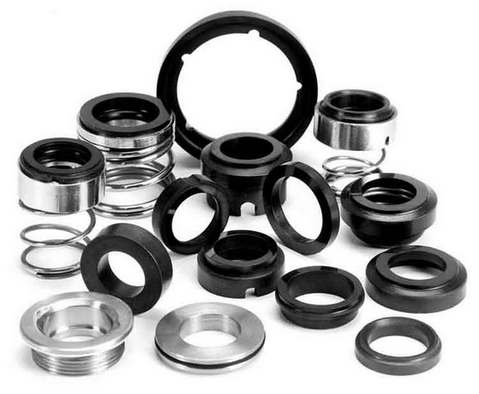 Graphite is an allotrope of carbon, each carbon atom in the peripheral connecting also three carbon atoms (arrangement is multiple hexagon honeycomb) by covalent bonds with the covalent molecule is formed. Since each carbon atom emits an electron, the electrons can move freely, so that the graphite belongs to the conductor.. Graphite is one of the most soft minerals, and its use involves making pencil and lubricant.. Carbon is a non-metallic element, Latin Carbonium.

Graphite melting point of 3850 + 50 DEG C, the boiling point of 42.5 DEG C, even the ultra high temperature arc ignition, weight loss is very small, coefficient of thermal expansion is also very small. The graphite strength increases with the temperature, and the graphite intensity is doubled at 2000..

4. graphite products environmental health, no radioactive pollution, high temperature resistance. Carbon in 2000-3300 degrees high temperature environment after at least a dozen days and nights of graphitizing process to become a graphite. Therefore, graphite in the toxic and harmful substances have been released and exhausted, at least 2000 degrees or less is very stable.

If you need graphite or carbon products , We interested in supplying those materials for you.As a leading Chinese graphite manufacturer and supplier, we specialize in providing high quality graphite material, carbon carbon composites and graphite parts.To buy graphite and carbon products please contact us and ask our sales manager for a quote.